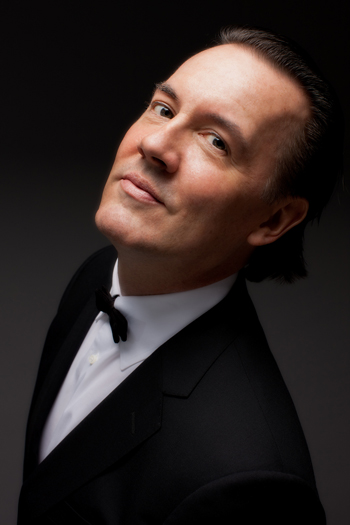 Pianist MARK MARKHAM is widely recognized around the world as one of the great artists of his generation. His international career encompasses performances in North and South America, Europe, Asia, and the Middle East. Equally at home as a soloist, a collaborator with some of the finest singers in the world, a jazz pianist, or a vocal coach, his interpretations have been praised by the public and press alike. The Baltimore Sun recently praised his performance of Liszt and Chopin for his “big, rich tone,” “abundant power” and “sensitively using a wide palate of tone coloring.” His playing has been described as “brilliant”, “exquisitely sensitive”, and “in full service to the music”.

This season he is featured as soloist in Ravel’s Concerto in G and Gershwin’s Rhapsody in Blue with the Lincoln Symphony Orchestra under the direction of Edward Polochick. In Munich, he is the vocal coach for Bellin’s La Sonnambula, starring soprano Jennifer O’Loughlin. January includes a recital in Florence with mezzo-soprano Marianna Pizzolato, followed by recitals in Baltimore and Washington, DC with Metropolitan Opera soprano Leah Crocetto. In addition to these performances he maintains a vocal coaching studio in New York City and Baltimore. He will also give a master class for singers and pianists presented by the Art Song Preservation Society of New York in the spring. In the 2014-15 season he performed at Carnegie Hall with Jessye Norman, in San Francisco with Ms Crocetto, in Baltimore with mezzo-soprano Theodora Hanslowe, in Costa Rica with baritone Arturo Chacon and in Tokyo with Ms Pizzolato. This past summer he was the vocal coach for the recording and performance of Rossini arias of Ms Pizzolato at the Rossini in Wildbad Festival in Germany. In the 2013-14 season he presented solo recitals in the US and Europe, performed Prokofiev’s Third Piano Concerto with the Baltimore Concert Artists and gave recitals with Ms Norman and Ms Crocetto.

Born in Pensacola, Florida, Mr. Markham made his debut in 1980 as soloist with the New Orleans Symphony Orchestra and in the same year was invited by the renowned Boris Goldovsky to coach opera at the Oglebay Institute. His teachers at the time, Robert and Trudie Sherwood, were supportive of all his musical endeavors from solo repertoire, vocal accompanying, and chamber music to Broadway and jazz. During the next ten years as a student at the Peabody Conservatory, where he received bachelor’s, master’s, and doctoral degrees in piano performance, this same support for the diversity of his musical gifts came from Ann Schein, a pupil of the great Artur Rubinstein. While under her tutelage he won several competitions including the First Prize and the Contemporary Music Prize at the 1988 Frinna Awerbuch International Piano Competition in New York City.

He has given solo recitals at the National Gallery of Art in Washington, DC; the New York Public Library; the Baltimore Museum of Art; and the Getty Museum in Los Angeles. In 1987 Mr. Markham was appointed pianist of the Contemporary Music Forum of Washington, DC. During five seasons he gave numerous premiere performances at the Corcoran Gallery with this ensemble. This work led to other premieres throughout the US by composers Shulamit Ran, Larence Smith, and Richard Danielpour. Mr. Markham has also performed with the Brentano, Mozarteum, Glinka, and Castagnieri quartets and the Baltimore Woodwind Quintet, as well as with Edgar Meyer, Ron Carter, Grady Tate, and Ira Coleman. While still a student at the conservatory Mr. Markham toured with soprano Phyllis Bryn-Julson, a collaboration that resulted in critically acclaimed recordings of works by Messiaen, Carter, Dallapiccola, Schuller, and Wuorinen. In addition, he has toured the US, Europe, and Asia with countertenor Derek Lee Ragin.

Since 1995 Mr. Markham has been the recital partner of Jessye Norman, giving nearly 300 performances in over 25 countries, including recitals in Carnegie Hall, the Concertgebouw in Amsterdam, La Palau de la Musica in Barcelona, London’s Royal Festival Hall, the Musikverein in Vienna, the Salzburg Festival, Bunka Kaikan in Tokyo, Mann Auditorium in Tel Aviv, the Ancient Theatre of Epidaurus in Greece, and at the 2002 Nobel Peace Prize presentation to President Jimmy Carter in Oslo.
Much appreciated by the public for his improvisational skills, Mr. Markham performed at the Expo 2000 in Hannover, Germany, where he collaborated with Sir Peter Ustinov for a live television broadcast throughout the country. His gift for jazz has been recognized in the Sacred Ellington, a program created by Ms. Norman in which he serves as pianist and musical director and which has toured Europe and the Middle East. Most recently, his recording with Jessye Norman of “Roots: My Life, My Song” was nominated for a Grammy Award.

In 1990 Mr. Markham was invited to join the faculty of the Peabody Conservatory, where he served for ten years as vocal coach and professor of vocal repertoire and accompanying. He relocated to Europe for a decade, living in the South of France while maintaining a busy international schedule as a solo artist and collaborative partner with Ms. Norman, before returning to the United States in 2011.

A former faculty member of Morgan State University, the Britten-Pears School in England, and the Norfolk Chamber Festival of Yale University, he has presented master classes for pianists and singers throughout the US, Europe, and Asia and has been a guest lecturer for the Metropolitan Opera Guild and the Johns Hopkins University. Mr. Markham currently resides in New York City.